Today, one in 88 children is affected with Autism. The effects of Autism are multifaceted and extremely complex. Children with autism spectrum disorders(ASD) lack the ability of social interaction and better communication.   One of the possible treatments for autism spectrum disorders(ASD) includes dietary intervention, among which the famous treatment is having a gluten/casein-free diet.

Benefits of gluten and casein-free

The casein-free/gluten-free diet is the most commonly used non-developmental and non-educational-based treatment for the children affected with autism. Among all the complementary and traditional options this is a non-invasive and simple approach. The non-medical literature reports success stories from the widespread implementation of casein-free and gluten-free diets.

Theoretically, the digestive tract of children with autism does not function at an optimal level, therefore implementing this diet may improve the symptoms. Many parents and nutritionists report an increase in cognitive function and awareness upon eliminating gluten and casein from their children’s diet. Due to the incomplete breakdown of the proteins during digestion, the pre-opioid type compounds from gluten and casein are thought to be activated. These exorphins are then absorbed in blood where they exert an opioid-type action on the brain cells.

How does this treatment work?

This treatment is based on the theory that children with ASD are allergic to gluten or a casein-rich diet. Children with ASD process gluten-rich proteins and peptides in a totally different way than children without autism. Excessive use of gluten-rich and casein-rich die will further worsen the disorder. Experts say that the brain treats these gluten-rich proteins as an opiate-like chemical. Using a gluten-free diet will reduce autism disorder and improve the cognitive and social behavior of children.

How effective is dietary intervention?

Implementation of the casein and gluten-free diet plan dramatically improves the results. In some cases, improvement appears in just 2.5 months. However, the duration and therapeutic effects vary. Sometimes it takes as long as 24 months and in other cases about 7-9 months to the results that include improved social behavior and better communication.

According to theoretical research, you should not add casein and gluten-rich items into your diet, since this can result in severe opioid symptoms. Although most of the theoretical research recommends using gluten-free and casein-free diets to reduce autism symptoms, however, this theory is not supported by medical research. Therefore, it is hard to say whether this is helpful or not.

Wheat, rye, and barley contain gluten. It provides structure to baked item products. But beware of the hidden sources of gluten. It can be found in fried food items that are dusted with flour, and cosmetics. Other items that are gluten-free include nuts, fruits, and vegetables. 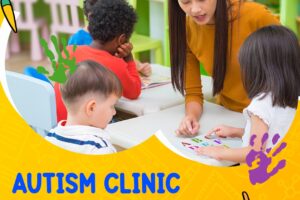 Importance of Evidence-Based Therapies for Children with Special Needs